Why we celebrate Mahashivratri?

India is a land of many colors, festivals and celebrations. An occasion that fills people with boundless faith for the Divine is Mahashivratri. This is the Great Night of Shiva when devotees engage in Rudra Abhishek, meditation and surrender to this greatest ascetic. For Shiva devotees, Shivratri festival is the most auspicious day of the year when worship of Lord Shiva cleanses the soul and leads to eternal liberation from the cycle of life and death.

Why we celebrate Mahashivratri?

According to scriptures, the cosmic energy generated by planetary positions is at its peak Maha Shivratri festival and Shivratri Puja benefits the worshippers easily. People flock to temples in February or March when Maha Shivratri festival approaches— on the fourteenth moonless night of the New Moon in February or March. Devotees worship with much dedication and zeal Lord Shiva who is believed to have exhibited Tandava Nritya, His divine dance of elemental creation, maintenance and annihilation on this day. This festival is observed for one day and one night only.

How to do Shivratri Puja

Lord Shiva is most pleased with the Rudra Abhishek – offering of water, milk, honey, Bael leaves. From a spiritual view, Shiva is the Soul and these acts are meant for purifying our Soul. Applying Vermilion on Shivlinga strengthens your moral virtues. Fruits offered to Shiva bless you with longevity and fulfillment of desires. Incense sticks stand for wealth; diya for attaining knowledge and applying Tripundra on the forehead enhances your spiritual persona and helps you in austere penances. Tripundra is a set of three horizontal strips of holy ash that Shiva’s devotees apply on their foreheads. These stripes signify spiritual knowledge, purity and austere practice of Yoga.

Things to do on Mahashivratri

•  Eat only once a day before Shivaratri.
•  After morning rituals, take Sankalp (resolution) to observe full day fast until next day.
•  Shiva Puja should be performed at night and you must break your fast next day after bath.
•  Meditate and Chant Shiva mantra “Om Namah Shivaye” on this day and perform Rudra Abhishek.

If you are looking for a spiritual boost, the position of planets in the northern hemisphere is highly conducive to developing spiritual awareness.

Rudraksha beads are mystic objects dearest to Lord Shiva who Himself uses them. Grown in Himalayan regions and in Java, the beads are believed to have emanated from the tears of Lord Shiva. During the festival of Maha Shivratri, cosmos is super charged with divine shambhu tatva and wearing Rudraksha on this auspicious occasion is especially beneficial.

Rudraksha beads range from 1 Mukhi to 21 Mukhi, and each beads works uniquely to benefit the wearer in terms of health, success, prosperity, intuitive ability, harmony, self-empowerment, and creativity and material fulfilment. Rudraksha unblocks and balances chakras and triggers healing and empowerment. These beads that ‘resonate’ with your mind, body and soul are worn close to the skin, to bring long-term relief.

Mantras That Please Shiva The Most

Shiva is called Bhole Natha, one who is easily pleased and fulfils the devotees’ desires quickly. Anyone can approach Him with humility and devotion, but mantra chanting is a powerful way of seeking his grace.

Meaning: I bow to Almighty Shiva, who is the supreme reality, the inner Self.
Mahamrityunjaya Mantra: One of the most sacred mantras mentioned in the Rig Veda and Yajur Veda.

Meaning: OM! We worship the Three-eyed Lord Who is fragrant and Who nourishes and nurtures all beings. As the ripened cucumber (with the intervention of the gardener) is freed from its bondage (to the creeper), may He liberate us from death for the sake of immortality.

Meaning: OM! Let me meditate on the great Purusha, Oh, greatest God, give me higher intellect, and let God Rudra illuminate my mind.

There are several legends behind Mahashivratri festival. According to one legend, on this day Lord Shiva married Shakti (Goddess Parvati). This auspicious occasion was celebrated by all the gods of their respective abodes.
Maha Shivratri is also celebrated when Lord Shiva performs His cosmic dance called Tandava.

Brahma and Vishnu sang Shiva’s glory after he drank the deadly poison halahala. Although His divine consort Shakti averted the poison from going down, it turned His throat blue and Shiva was called Neel Kantha, the Blue-throated one. This day is celebrated as Maha Shivaratri.

Another legend says King Chitrabhanu of the Ikshvaku dynasty in his previous birth was a hunter who, while resting on a Bilva tree accidentally dropped Bael leaves and water from his canteen onto a Lingam sited just below the tree. Shiva being pleased blessed him to live in His abode and be reborn as the king of the Ikshvaku Dynasty.

This is the day of the ultimate union of the soul which is the pure cosmic awareness symbolized by Shiva and mind intelligence symbolized by Shakti. On this day, the awareness Shiva sits as a bindu on top of the Shree Yantra which is a cosmic representation of the play of Shakti in the form of Goddess Lalita.

|| Wishing you all a blessed Maha Shivratri. ||

Chakra Beej Mantras – The Sounds of the Chakras

No matter how small or insignificant you think you are, know that you can make a difference in the world. By doing what makes you happy and by living your passion, you can fulfil your role on this planet. 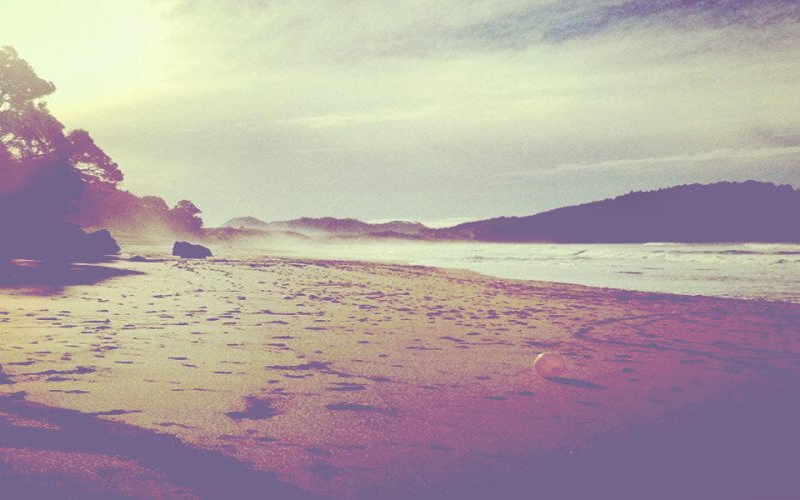 To realise the Infinite, we have to empty ourselves of every limitation. That is how Universe is designed to be realise. This is the process of Neti Neti.. negation process. I am not this, I am not that. Hence Yogis run to mountains leaving everything.. buddha left kingdom.. Ram left his home.. Release all to Realise All.