In the story of Radha-Krishna, What does the role of Radha signify? 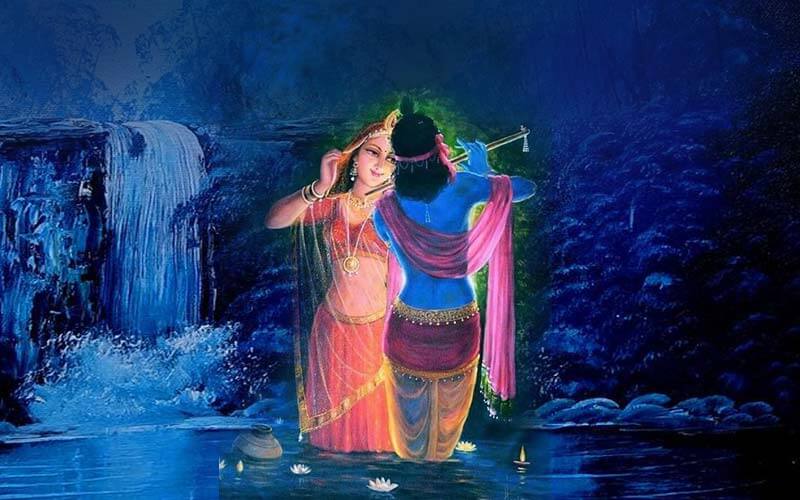 There is no one in the land of Bharata who hasn’t heard, known or read about Radha and Krishna and their leelas or pastimes that they perform on the Braj Bhumi (Vrindavana).

What is there in Radha that even the Lord of all worlds cannot live without Her?

‘Radha’ also called Radhika, Radharani, Kishori, Radhe, Shyama, Sri ji, Hare and Priya comes from the Sanskrit root ‘radh’ which means ‘epitome’, ‘perfection’, ‘completeness’, ‘prosperity’ or ‘success’. In the Puranic literatures, Lord Indra is also known as Radhaspati, the lord of success or prosperity. This shows that she is one who has mastered the king of the heavens, Indra Himself. In Sammohana-tantra, Durga Devi says, “The name Durga, by which I am known, is Her name. The qualities for which I am famous are Her qualities. The majesty with which I am resplendent is Her majesty. That Maha-Laksmi, Sri Radha, is nondifferent from Sri Krishna. She is His dearmost sweetheart and the crest-jewel of His beloveds. Goddess Durga says in the Sammohana-tantra: ‘My name Durga is Her (Radha’s) name. All the qualities that I possess emanate from Her. The divine majesty I am resplendent with originates from Hers.

Love of Radha for Krishna

In Caitanya Charitamrta (Adi-Lila 4.56), Krishnadas Kaviraj Goswami says, “Radha Krishna Ek Atma, Dui Dui Dehadari, Anyaoone Vilase Rasasvadana Kori”. This means that both Radha and Krishna are one soul who take the form of two individual bodies so that they can cherish different mood of love (rasa).

Raasa Leela of Radha and Krishna

During His pastimes of Raasa-leela with Radha and other Gopikas, the Lord disappeared from Her view, causing Her an intense pain of separation. However, Radha experienced the pain because She is nondifferent from Him. As a result, that separation increased Her longing for Him. It is believed that Krishna, desiring to experience fully what it is like to love Krishna as Radha does, has appeared as Caitanya Mahaprabhu. Birthplace of Radha is actually Raval which is near Gokul but is often said to be Barsana where she lived after her marriage. It is in Barsana that the Lathmar Holi is practised depicting the episode of Krishna going to Barsana and then running away escaping the beating from the womenfolk of Barsana. Radha asked Krishna why he can’t marry her, the reply came “Marriage is a union of two souls. You and I are one soul, how can I marry myself?” . This depicts unconditional love without any bondages of role play.

Radhu depicts selfless love that merges into the divine where separation ceases to exist. It shows love that is devoid of all identification, lust and want. She is the ultimately goal for anyone on a spiritual path. Truly, the Lord is rasa” (raso vai sah) of Brahna Sutras. This statement expresses the view that God is the one who enjoys the ultimate rasa or spiritual rapture of emotions depicted as Radharani.

According to David Kinsley, a professor of Religious Studies known for his studies on Hindu goddesses, the Radha-Krishna love story is a metaphor for divine-human relationship, where Radha is the human devotee or soul who is frustrated with the past, obligations to social expectations and the ideas she inherited, who then longs for real meaning, the true love, the divine (Krishna). This metaphoric Radha (soul) finds new liberation in learning more about Krishna, bonding in devotion and with passion. Thus the ultimate Yog or union that happens with the divine is through the Bhakti marga. 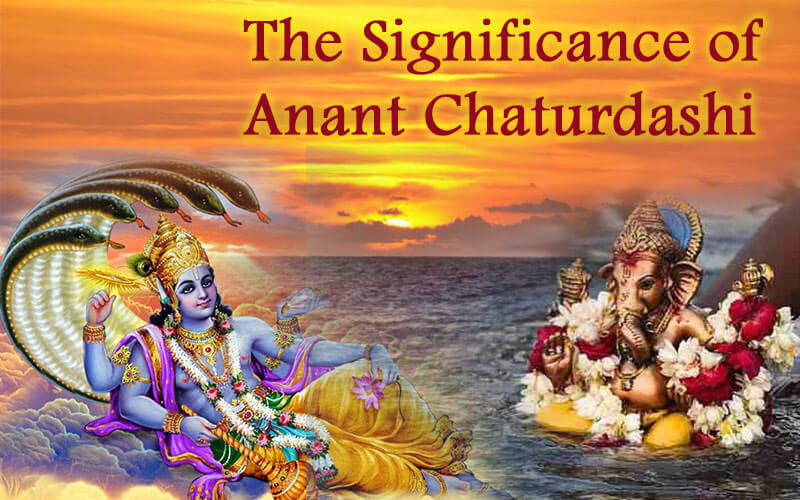 The Significance of Anant Chaturdashi

Raksha Bandhan: A Celebration of Pure Love, Promise and Protection

Does it make any difference whether we fast or not during festivals?